"The pizza is an art that requires passion and love"
( Vincicoppolas )

We only use the finest Italian ingredients for our pizza .Our pizza dough is prepared fresh instore everyday and left for 48 hours to naturally mature before use. The Italian flavour is in the cooking too. The 450 C heat in our custom-made, log-fired Italian pizza oven imported direct from Naples gives our pizzas a special flavour and crispness.

Made fresh in our premise every day, is left to mature for 48 hours to ensure the best flavour. Our personal blend of the two most famous Italian flours, Caputo and Petra, provides an unique compromise between crispness and delicacy of the base. Hand stretched as in the best Italian tradition and cooked on stone with the magical wood heat guarantee an exceptional experience for the senses. 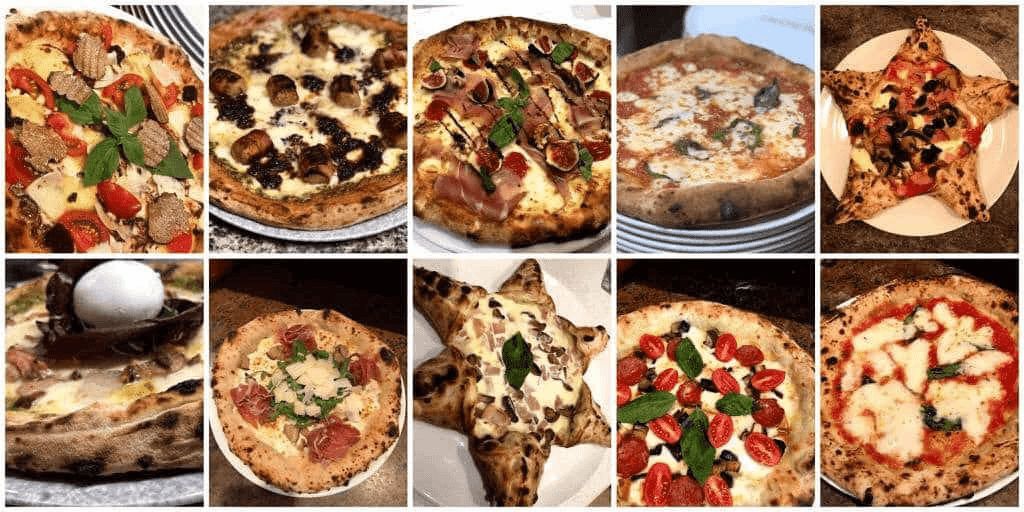 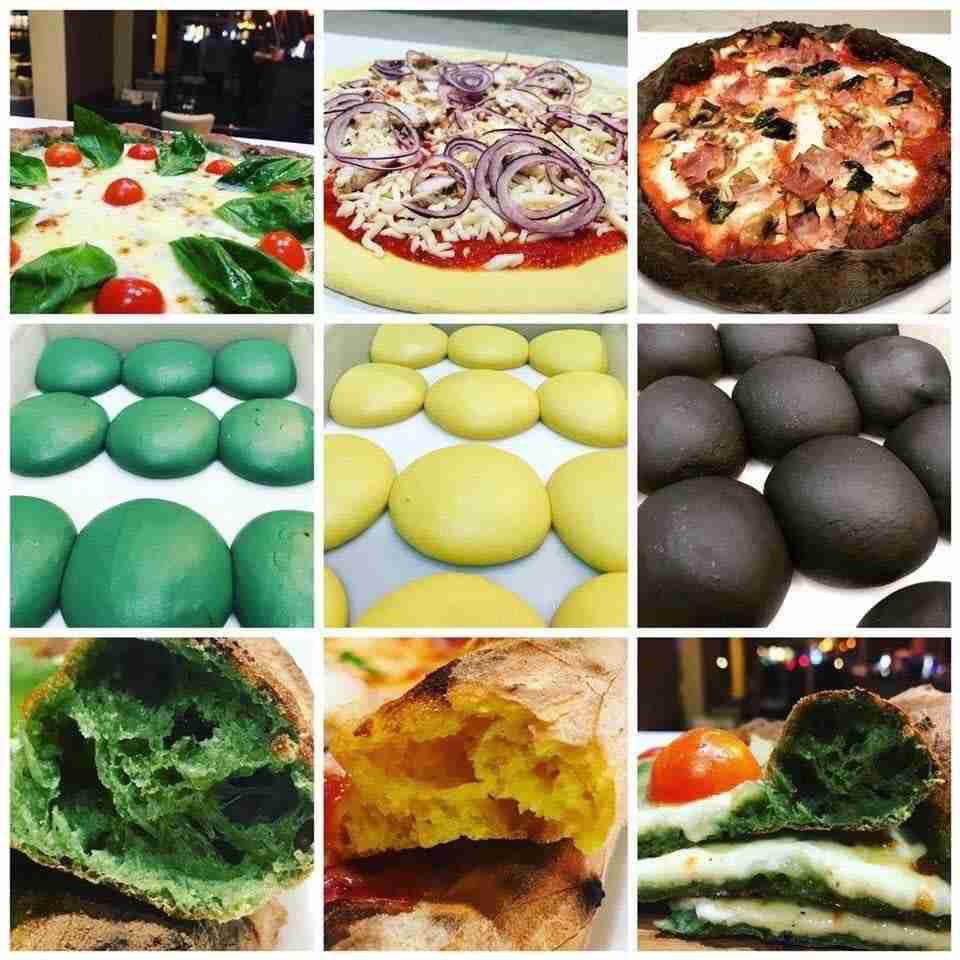 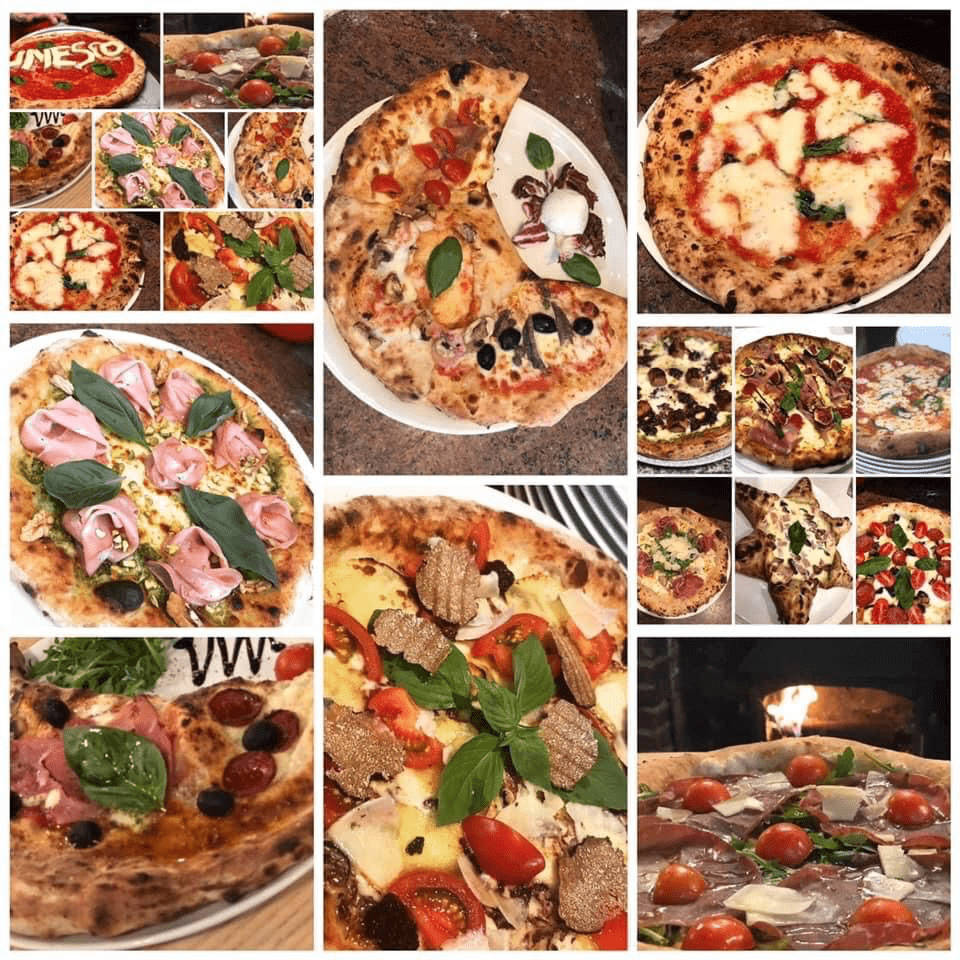 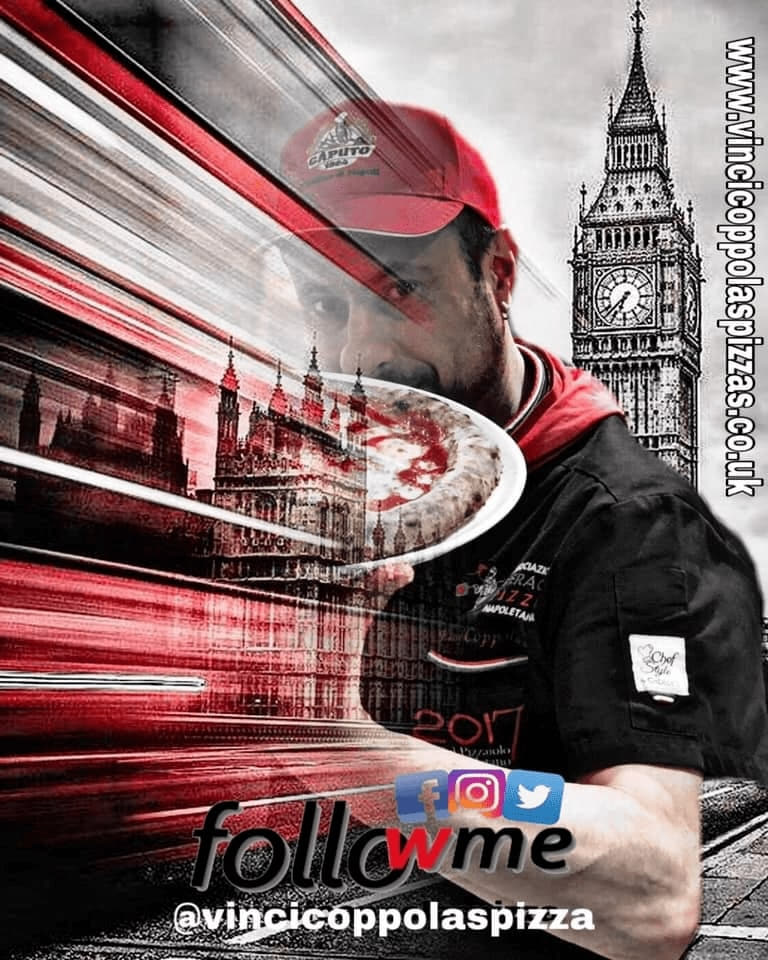 Authentic Neapolitan pizza dough recipe ,19 traditional Italian pizza in menù ,all week in menù pizza 5 new special !
Tomato mozzarella ham mushroom...
Pizza Margherita (more commonly known in English as Margherita pizza) is a typical Neapolitan pizza, made with San Marzano tomatoes, mozzarella cheese, fresh basil, salt and extra-virgin olive oil. Traditionally, it is made with fior di latte (cow's milk mozzarella) rather than buffalo mozzarella.[1]
A widespread belief says that in June 1889 the pizzaiolo Raffaele Esposito, Pizzeria Brandi's chef, invented a dish called "Pizza Margherita" in honor of the Queen of Italy, Margherita of Savoy, and the Italian unification, since toppings are tomato(red), mozzarella (white) and basil (green), representing the same colors of the national flag of Italy.[2]
The legend of pizza Margherita is considered a false history, as a pizza made with the same toppings was already present in Naples between 1796 and 1810,[3] although it probably was not called "Margherita". In 1830, in the book Napoli, contorni e dintorni, written by Riccio, it was described as a pizza with tomato, mozzarella and basil.[4] In 1849 Emanuele Rocco recorded different pizza toppings like basil, tomatoes and thin slices of mozzarella;[5] the mozzarella was thinly sliced, and arranged with a flower-shape over the tomato sauce, along with the basil leaves: this may be the real origin of the name Margherita (meaning daisy).[6]
In 1866 Francesco De Bourcard, writing about the Naples traditions,[5] described the most commonly used pizza toppings at that time, included the ones called today pizza marinara, pizza margherita and calzone:

Pizza is a yeasted flatbread generally topped with tomato sauce and cheese and baked in an oven. It is commonly topped with a selection of meats, vegetables and condiments. The term was first recorded in the 10th century, in a Latin manuscript from Gaeta in Central Italy.[1] The modern pizza was invented in Naples, Italy, and the dish and its variants have since become popular and common in many areas of the world.[2]
In 2009, upon Italy's request, Neapolitan pizza was safeguarded in the European Union as a Traditional Speciality Guaranteed dish.[3][4]The Associazione Verace Pizza Napoletana (the True Neapolitan Pizza Association) is a non-profit organization founded in 1984 with headquarters in Naples. It promotes and protects the "true Neapolitan pizza".[5]
Pizza is sold fresh or frozen, either whole or in portions, and is a common fast food item in Europe and North America.[6] Various types of ovens are used to cook them and many varieties exist. Several similar dishes are prepared from ingredients commonly used in pizza preparation, such as calzone and stromboli.
The history of pizza begins in antiquity, when various ancient cultures produced basic flatbreads with several toppings.
A precursor of pizza was probably the focaccia, a flat bread known to the Romans as panis focacius, to which toppings were then added.[1] Modern pizza evolved from similar flatbread dishes in Naples, Italy, in the 18th or early 19th century.[2]
The word pizza was first documented in A.D. 997 in Gaeta[3] and successively in different parts of Central and Southern Italy. Pizza was mainly eaten in Italy and by emigrants from there. This changed after World War II when Allied troops stationed in Italy came to enjoy pizza along with other Italian foods.
According to the rules proposed by the Associazione Verace Pizza Napoletana,[4] the genuine Neapolitan pizza dough consists of wheat flour (type 0 or 00, or a mixture of both), natural Neapolitan yeast or brewer's yeast, salt and water. For proper results, strong flour with high protein content (as used for bread-making rather than cakes) must be used. The dough must be kneaded by hand or with a low-speed mixer. After the rising process, the dough must be formed by hand without the help of a rolling pin or other machine, and may be no more than 3 millimeters (0.12 in) thick. The pizza must be baked for 60–90 seconds in a 485 °C (905 °F) When cooked, it should be soft, elastic, tender and fragrant. 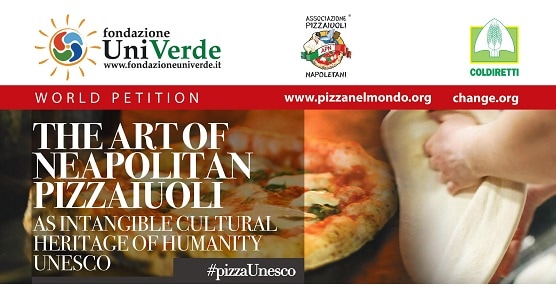 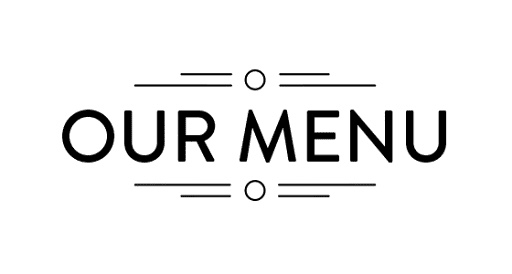 Pizza Napoletana available for take away